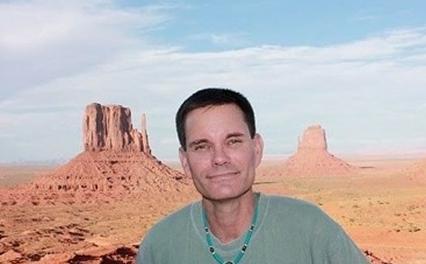 John Ford and The Duke were here ...

Like so many in Los Angeles, his life journey started somewhere else.

As a youngster in 1960s Central Florida, Mark Ziegler idolized the astronauts, guzzled Tang, climbed orange trees, spent hours on sandbars when at the coast, and counted the days until Walt Disney World would finally open. Alas, it was not meant to be. His parents would move him north not long before the much-anticipated opening.

The Kansas City area would serve as home for the next 14 years. When not playing tennis near the fountains of the beautiful Country Club Plaza, there were summer nights watching the beloved Royals battle for baseball pennants at captivating Kauffman Stadium. When college football and basketball seasons arrived, he rooted for both Kansas and Missouri -- absolute heresy in such Border War regions!

After earning degrees in journalism and political science from Mizzou, he headed to the Pacific Northwest. More than two decades of drizzle, hiking, skiing and exploring

Washington, Oregon, Montana, Wyoming, British Columbia and Alberta would follow. So would more than 14 years as a corporate communicator at our nation's leading exporter, The Boeing Company. Many of his articles can be seen at his portfolio site -- www.MarkZiegler.com.

Based in Southern California for the last five years, Ziegler is enjoying the region's incredible weather, food, diversity and talented populace. Not to mention the chance to take in treasures such as Big Sur, Yosemite, Death Valley, Joshua Tree, the

Grand Canyon, and the national parks of Utah.

One memorable side trip took him to Monument Valley, pictured above, which he had yearned to visit after watching John Ford/John Wayne westerns in college film class.

Now, like the pioneers depicted in those classics, he finds himself venturing into unknown and reputedly treacherous territory -- the world of acting and screenwriting in Hollywood.