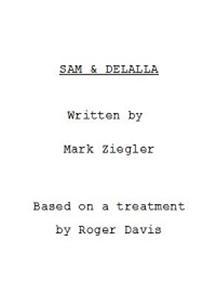 As a journalist and corporate communicator, Mark Ziegler has told stories his entire career. Many of them can be found at his writing and public relations portfolio site,www.MarkZieglerCommunications.com.

Moving stories such as the beautiful longtime Boeing employee, who found herself passed out in a Southwestern Washington riverbed, having hit her alcoholic "bottom." She credited the company's Employee Assistance Program with saving her family and  career.

Stories such as another longtime company employee,who was once on the brink of eviction because of a debilitating injury to her husband. The "wolves" were at her door, but some good neighbors came to her rescue. Later in life, by volunteering for a relief organization, she helped those hearing similar not-so-distant "howls."

Now based in Los Angeles, Ziegler seeks to tell similar fascinating stores of the lives that ordinary people among us live every day. However, his writing tools have expanded to include the film treatment and screenplay.

His film projects, past and present, include: